Social media is like a coin. It has two sides, one is good and the other is not so good. Very recently it is observed that a lot of material, status updates, tweets, posters and comments have been shared regarding teams, culture and bosses around the social networking sites. Some of these updates are really motivational in aspects of team building, work culture and professional norms, but others… well, not so good.

The Answer lies within:

Teams are the answers to your success, your business prosperity and the energy to boost your company into future. Teams are the functioning wheels that moves and you move ahead. Without teams, it is impossible to think of a functioning organization.

As we see it, there are two ways human elements are engaged and forms successful teams. One is when they are rewarded and compensated for the work they do on frequent basis, and other is the engagement of teams on different levels of the projects. Often times, the companies tend to forget that “money” is not the only thing for motivation. The talented staff members, who knows how to pull a job, does not care about the rewards, rather the appreciation of their work, the feedback loop and what more you have for them in your basket, it keeps their mind working.

The best of the teams are always collaborative. There is never a “One Man Show”, no dependencies, and no bureaucratic policies which can actually delay the work, and puts more pressure on resources. We have a pool of resources, with different sets of talents and skills. Some of these skills are highly technical, like knowledge regarding tools and languages, how to develop APIs for cloud applications, how to use test automation tools and IDEs. Whereas the others are not so technical, like documentation, user experience specialists, black box testers, and business analysts with domain expertise.

Structured methods of collaboration encourage introspection of behavior and communication. These methods specifically aim to increase the success of teams as they engage in collaborative problem solving. Forms, rubrics, charts and graphs are useful in these situations to objectively document personal traits with the goal of improving performance in current and future projects.

An Evolution not a revolution:

One function working in coherence to another functions, and then the deliverable of these functions is provided to the subsequent areas. The cycle keeps on moving and till a viable product is conceived. Building good teams is not a revolution; it is the evolution which takes time, feedbacks, and commitments.

According to Deming’s “PDCA Cycle”, which is the base of team and functions collaboration in perceive the desired quality of the product, you can see that it is a continuous process. The wheel moves, and within that constant movement, the company improves.

According to context driven approach to create a viable project environment, the project team, its identification as talents, and it’s relation to its adjunct teams is utmost necessary. For a project manager it is a good practice to identify this right at the beginning of a project, so they would know which pool to access and what resource to get. Following is a simple example how relationship of a tester is measured with developers:

Similarly, if we talk about total team collaboration in place, then question which first arises in mind, that why we need different mind sets in one place after all? The answer is provided here:

It solves problems – Brain in its singular capacity does not have other brains to bounce off its ideas and then compare these ideas to get the best of them. For this we need multiple number of thinking brains, have them access to resources and let them generate the ideas. This way the collaboration and brainstorms works wonders.

It encourages healthy competition – One individual working with teams, not only encourages others to work like her, but also encourage a competitive environment in a very healthy manner, where the people working together, are achieving a goal, which achieving for themselves also.

Develops good relationships – as we saw above, it is the best way to develop relationships with other counterparts in the project. A team which is working together will develop the instinctive collaboration. It helps in an understanding, which actually avoids conflicts, saves time and resources.

Everyone is unique with unique qualities – no two humans are same; thus, no two team members are same. Thence, they provide overall effort a fueling ingredient of uniqueness to their ideas. This eventually increases the team collaboration and let the people workout solutions with more confidence.

Business builds itself on the idea, that idea needs to be conceived, and that in turn will lead to success. In between this idea and success, there is a gel that bonds everything to its right place. That gel is “Team”. Everyone knows this, even accepts it, but not all practice this in real form.

Individualism is good; it boosts confidence and makes you run wild with ideas. But, if your idea does not bounce back to you and a third eye does not criticize you to induce more creativity in what you do, then you are missing a world. 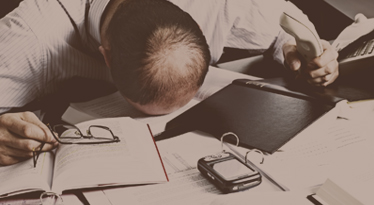 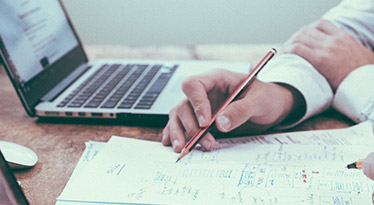 You want to establish a long term business, a good clientele...